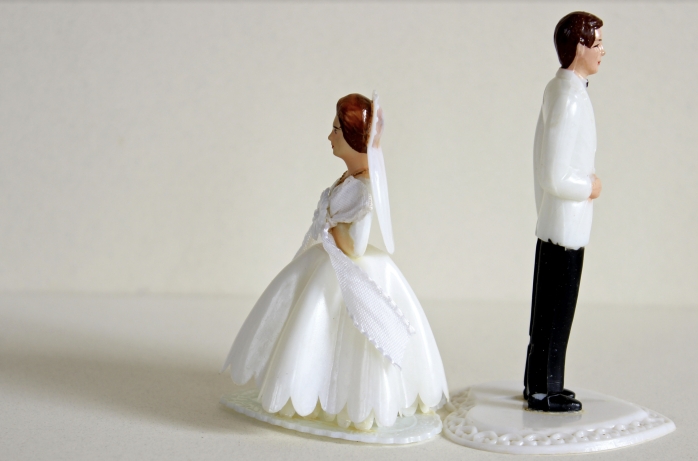 On appeal, wife challenges the trial court’s characterization of a majority of the cash and securities held in commingled accounts as husband’s separate property.Specifically, wife attacks a detailed tracing analysis performed by husband’s expert witness, upon which the trial court relied. The Court of Appeal concluded that the tracing is valid and constituted substantial evidence in support of the judgment. (Ciprari, supra, 32 Cal.App.5th at p. 89.)

The parties married on September 16, 1995. Husband entered the marriage with $2,053,573 of separate property where of that amount $873, 953 was held in two Wells Fargo Bank accounts. The trial court found that the money held in the Wells Fargo bank accounts was “essentially ‘gifted’ to the community,” a finding neither party contests. In case anyone is curious as to why, see See v. See (1996) 64 Cal.2d 778 that held in the absence of an agreement to the contrary, the use of separate property to meet community living expenses is a gift to the community. (Ciprari, supra, 32 Cal.App.5th at p.90.) Husband held the balance of his separate property ($1,179,620) in a brokerage account at PaineWebber. In February 1996, husband received a $244, 696 bonus from his employer for work performed during the previous year and as the parties married during 1995 the bonus was partly separate property and partly community property, however, husband deposited it into his PaineWebber account. This was the first-time community and separate funds became commingled in the PaineWebber account. (Id at p.90.) Throughout the marriage, husband deposited portions of his salary, which was community property, into the PaineWebber account and other commingled investment accounts that he later opened. The parties date of separation was August 13, 2010. By the end of 2014, the combined balances in these commingled investment accounts equaled $6,910,568. Lesson one from this case, keep accounts you come into the marriage with separate…forever. Don’t commingle.

What did husband’s accountant do and why is wife so angry about it that she filed an appeal? Husband’s forensic accountant testified that he conducted a detailed and comprehensive “tracing of all the accounts, analyzing every transaction, including all deposits, purchases, payments of interest or dividends, transfers, and withdrawals.” (Ciprari, supra, 32 Cal.App.5th at p.92.) The accountant listed approximately 17,000 account entries in 23 accounts over almost 20 years and consisted of 547 pages along with various schedules. The accountant’s process was as follows, and this is almost a check list that can be used in such tracing cases: he gathered and reviewed all brokerage statements for each account so he could list and analyze all transactions, and for each account he determined whether each deposit or transfer into the account was separate property or community property. If the accountant could not determine whether the deposit or transfer into the account was separate or community, then he treated the funds deposited as community property, which is more than fair. (Ibid.)

Consistent with California Family Code section 760’s presumption that assets acquired during marriage are community property, husband’s accountant characterized all purchases of securities as community property to the extent community property funds were available in the cash portion of the account to make the purchase. This is key:

The community was credited with any securities purchased in an account to the extent that community funds were available in that account for their purchase. If community funds were not available in an account at the time an asset was purchased, the asset was characterized as separate property. The community received the benefit of any investment, including dividends, and the sale proceeds, to the same extent it owned the asset. (Ciprari, supra, 32 Cal.App.5th at pp. 92-93.)

With regard to cash withdrawals, these were deposited in the couple’s community bank accounts or, after separation, into an account that he opened in his name. The withdrawals were treated by husband’s accountant as community property and “there is no evidence that the proceeds were used for any purpose other that family living expenses or community investments other than securities.” (Ciprari, supra, 32 Cal.App.5th at p.93.) At the end of the tracing, husband’s accountant concluded that at the end of 2014, the combined account balance in the investment accounts was approximately $6.9 million, of which $3,791,653 was husband’s separate property and $3,118,916 was community property. (Ibid.) The trial court ruled that husband’s tracing was an appropriate tracing and that husband carried his burden of proof to trace his separate property through the commingled accounts.

First, the Court of Appeal noted that the wife “cites no authority, and we are aware of none, holding that California law precludes the trial court from relying on any tracing method other than the two just described.” (Ciprari, supra, 32 Cal.App.5th at p.96.) Lesson two from this case, and my favorite line in this opinion, “[w]e see no reason to straitjacket trial courts by adopting [wife’s] prohibition of tracing methods other than the two she identifies.” (Ibid.) Further,

“Tracing methods may vary depending on the facts. Thus, trial courts are free to consider and credit reasonable, well supported, and non speculative expert testimony, when determining whether the proponent has successfully traced commingled assets to a separate property source.”

So, why this case is so great, is because it confirms that we can get creative with our tracing and are not bound by just two methods going forward.