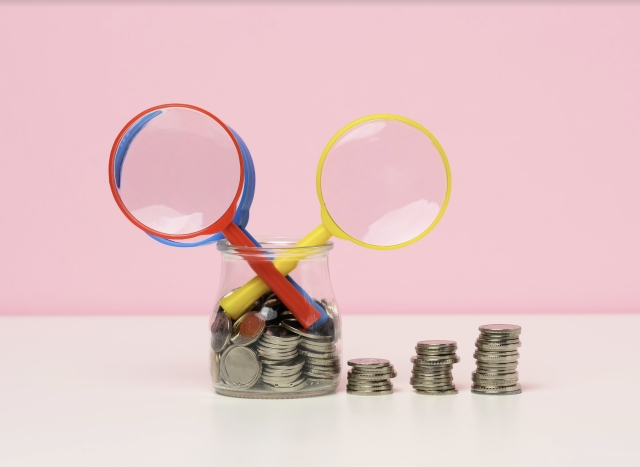 I use the term “ode” loosely here as this is obviously not a poem. But, a highlight of a legal reality. Welcome to imputation of income; the ability of a Court to determine that a party can earn a certain amount of money each month, thus, reducing and/or eliminating child and spousal support payments.

Now, before people go crazy and start filing petitions for dissolution of marriage thinking they have the golden ticket out of spousal and child support, let’s fully understand this concept. First, it is not applied easily. There must be evidence to support the ability to earn and the opportunity to earn. If there are minor children, there must be findings that, among others, it is in the best interest of the children for the supported party to work.

In re Marriage of Bardzik (2008) 165 Cal.App.4th 1291, the issue before the Court of Appeal was “[i]f one parent seeks to modify an existing order so as to have income imputed to the other parent, the parent seeking imputation-that is, in that context, the parent seeking to overturn the status quo-bears the burden of proof of showing that the other parent has the ability and opportunity to earn that imputed income.” (id.at p.1294.) In Bardzik, the father brought an order to show cause proceeding to change the custody of the special needs teenager from 50-50 to primary to him. The mother, having recently retired, brought her own order to show cause also seeking the same change of custody and requesting that the court make a guideline support order in light of this change. In his responsive pleadings, the father requested that the trial court impute income to the mother based on her final salary as a deputy sheriff just prior to her retirement. The father presented no evidence of her vocational abilities or of any opportunities she might have to earn additional income and did not show “that the mother even could go back to work as a deputy sheriff, or that there were opportunities for her to work in related fields.” (Ibid.) The Court of Appeal affirmed the order of the trial court and held that “[s]imply showing that the mother had retired before the age of 65 and what she made before her retirement was not enough to show ability and opportunity to earn.” (Ibid.)

The Court of Appeal reasoned “[w]ithout evidence of ability or opportunity to earn the money, the power to impute income would easily devolve into a trial judge’s power to arbitrarily establish a support order at any given level, plucked from mid-air, just as long as it is over the level otherwise required by the payor parent’s actual, taxable income.” (Bardzik, supra, 165 Cal.App.4th at p. 1301.) The test, is then, “ability and opportunity.”(id. at p. 1302.)

It bears noting that Bardzik is a modification proceeding. Bardzik noted that “ability and opportunity to earn imputed income (or lack thereof) plays out differently depending on the status quo going into the modification proceeding.” (Bardzik, supra, 165 Cal.App.4th at p. 1304.) Where a payor parent loses his or her job and seeks a reduction in court ordered support based on changed circumstances or lack of income, it is the payor parent, as the moving party, who bears the burden of showing a lack of ability and opportunity to earn income. Where a payor parent is the one seeking imputation of income to the custodial parent, based upon a recent decision of the custodial parent to quit work, then the payor parent has the burden of showing that the other parent has the ability and opportunity to earn at the given level. (id. at p. 1305.) This burden does not include actually showing that the parent to whom the income would be imputed would have gotten a given job if he or she had applied. (Ibid.)

Bardzik also gives some examples of what does and does not meet the standards. In In re Marriage of LaBass  Munsee (1997) 56 Cal.App.4th 1331, the payor parent did a model job of showing ability and opportunity to earn on the part of the custodial parent. He “presented the fact she had a teaching credential allowing her to be a substitute teacher in a large school district [ability];opinion testimony (with proper foundation) that the custodial parent could secure full time employment in that district [opportunity]; numerous want ads soliciting applications from persons with the custodial parent’s qualification [opportunity] and a pay scale obtained from the large school district showing what a person with the custodial parent’s qualification would make as a starting salary [thus correlating ability and opportunity with the income to be imputed].” (Bardzik, supra,165 Cal.App.4th at pp. 1305-1306.) Here are some further examples that help parents seeking imputation to carry their burden: “the imputee’s resume, want ads for persons with the credentials of the potential imputee, opinion testimony (e.g., from a professional job counselor) that a person with the imputee’s credentials could readily secure a job with a given employer (or set of employers), or pay scales correlating ability and opportunity with the income to be imputed. ( id. at p. 1309.)

Here is a real life example. A while back, I was in a branch court waiting for the Judge to take the bench. A woman in her 30’s sashayed by me in a perfect, navy blue skirt suit with neatly coiffed short hair and a scarf around her neck. She smiled and said hello to about 15-20 people waiting to enter the court room including myself. I thought “man, I need to get out to the branch courts more often. The attorneys are really friendly.” The courtroom opened and we all entered, checked in and took our seats. I noticed a man wearing a dirty, orange Caltrans jumpsuit and rain boots – he was very disheveled. I was horrified by the thought that he found it okay to appear in Court in that state; but, sometimes people who are self-represented are not told otherwise. As it turns out, this man was represented and his attire was part of a brilliant argument by his attorney.

Matters were called and the woman in the navy blue skirt suit and her client took counsel table as did the Caltrans man and his attorney. The judge said to counsel to “call your witness” and, to my surprise, the navy blue skirt suit woman was not an attorney but a party in a divorce case. It was not clear whether this hearing was post-judgment for dissolution of marriage, a second hearing, or a hearing continued from a previous day. However, the woman began to testify about her employment status.

She was an “actress” waiting to be discovered, of course. In the mean time, she was selling items online every so often; but, not too often to interfere with her acting calls. She wasn’t making it as an actress or in the online business and Caltrans husband was tired of paying her spousal support. She was asked why she could not work at Starbucks or Barnes and Noble and the like and her response was “because she might get a ‘call’ and, besides, she really wanted to build up her online business.” The marriage was about ten years. They did not have any children together. After counsel for both sides questioned this woman on direct and cross-examination, the Caltrans man’s attorney made his closing argument: “Your Honor, my client spends his days picking up dead animals and trash and this woman can’t work a full time, minimum wage job because she might get a ‘call.’ She should be imputed with full time, minimum wage. There is absolutely no reason why she cannot work other than she does not want to.” The Judge agreed with him and imputed her with full time minimum wage income, way more than the few hundred dollars she was currently earning, and a substantial reduction in spousal support as a result. This woman obviously had the ability to earn. As far as opportunity to earn, I did not hear testimony with regard to opportunity other than some questioning of the witness by the husband’s attorney along the lines of “have you looked at jobs at Starbucks?” Answer, “no, I can’t do that. I want to build up my online business and I need to be available for acting calls.” Was there evidence of opportunity to earn in the pleadings? Possibly. Was this an ongoing trial where an expert witness was called to testify on opportunity previously, possibly. But, it was a potent example of the power of imputation; plus, I will never forget the “dead animals and trash” argument and I even congratulated husband’s attorney in the hallway afterwards.