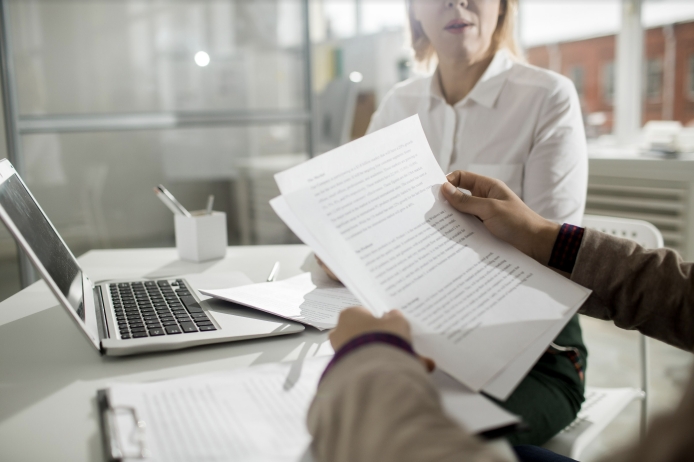 In In re Marriage of Andreen (1978) 76 Cal. App.3d 667, 673 the Court of Appeal gave one of my top favorite lines in a family law case: “It is much more realistic (and at least fair) to appraise the parties’ 1979 situation by measure of actual rather than prophesied 1979 facts.” The Court of Appeal was referencing the trial court’s decision to award $500 per month in spousal support to wife with an automatic reduction to $1 per month at the end of five years and automatic termination of spousal support at the end of ten years.

I see fact patterns similar to Andreen often. In Andreen, the parties were married in 1946 and separated in 1973, 27 years later, for a long-term marriage. When the judgment for dissolution of marriage was entered in 1976, husband was 50 years old and wife was 49. (Andreen, supra, 76 Cal.App.3d at p.670.) Husband was a judge earning about $40,322 a year and wife taught school for about 10 years during the marriage but had not taught since 1969. Her testimony at trial was that her chance of reemployment as a teacher was “meager,” she did not want to return to teaching and at the time of trial she was taking secretarial training. She also had some physical problems. (Id. at p. 671.) The Court of Appeal held that the trial court abused its discretion in its spousal support award for the following reasons.

The spousal support award supplied the husband with a much higher standard of living than wife’s. The marriage was long term, of 27 years, the parties had an upper middle-class lifestyle and husband’s earning capacity was unimpaired. (Andreen, supra, 76 Cal.App.3d at p.671-672.)

Wife faced a “shaky economic situation” in that she enters the employment market at age 50. The Court of Appeal conducted the following analysis that “if she found work at the expected range of $500 per month, her income of $1000 per month would provide her a drab, relatively austere standard of life, hardly comparable to husband’s.” (Andreen, supra, 76 Cal.App.3d at p.672.) As to the provision dropping the award of spousal support to $1 per month at the end of five years, this was based on the trial judge’s assumption that by 1979 wife would be earning enough to afford an appropriate standard of living. This is where the prophecy comes in. How can future earning capacitybe determined when wife did not have an actual history of employment? Further, wife did not have any assets to increase her earnings. (Ibid.) Therefore, as to the assumption that by November 1979 wife would be earning enough to afford a standard of living appropriate to the parties’ social and cultural condition, the automatic termination of spousal support and the court’s relinquishment of jurisdiction in 1984 was an abuse of discretion. The Court of Appeal further reasoned that in 1984 wife will be 57 years old, she has health problems, husband has none and her ability to compete at age 57 in the employment market is speculative. Husband’s earning capacity in 1984 will be unimpaired. Therefore, the Court of appeal rejected the $500 support award and the trial court’s rejection of jurisdiction to review the parties’ 1984 spousal support situation. What we take away from this case is that, based on the same or similar facts, it is highly unlikely that the trial court will step spousal support down or give a termination date for spousal support.