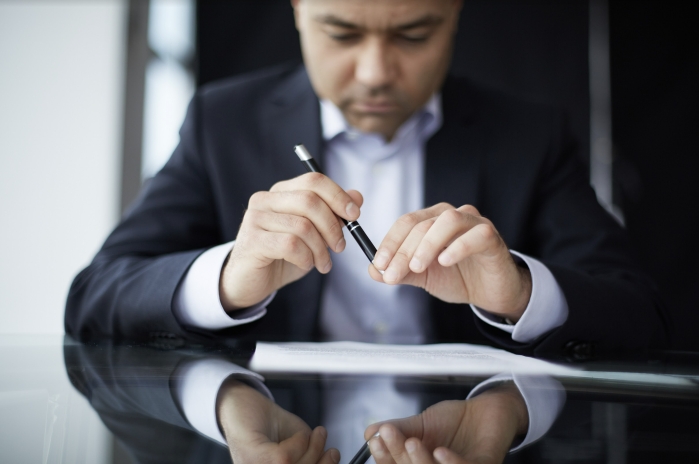 People do interesting things with real property and deeds before and during marriage. They add people onto title, take people off title or change the form of title for real and imaginary reasons with or without the assistance of attorneys. Sometimes, this creates problems and, worse case scenario, the loss of property to one spouse in a divorce.

California is a community property state. Generally, property acquired during marriage and debt incurred during marriage is "community property" and divided equally. However, the status of community property can be altered such that the other spouse does not get one-half or any at all in a process called "transmutation." Such an alternation, or transmutation, can be with a deed, thus, creating the worse case scenario of loss of property to one spouse in a divorce. Cal.App.5th In In re Marriage of Kushesh (2018). a very recent case from the Fourth Appellate District without a full citation as of the date of this blog post, husband and wife were married in January 2010 and husband filed for divorce in August 2011. However, four months into the marriage, they purchased a condominium.

The deed to this condominium was put in wife's name as follows: "Farima Kaviani, a Married Woman as Her Sole and Separate Property." The loan application and the loan itself for the condominium were also put in wife's name. Husband also signed an interspousal transfer grant deed that stated in bold and caps "INTERSPOUSAL TRANSFER GRANT DEED," ("ITGD") and recited "FOR A VALUABLE CONSIDERATION, receipt of which is hereby acknowledged, Vishtab Kushesh, Spouse of Grantee Herein hereby GRANT(s) to: Farima Kaviana, a Married Woman as Her Sole and Separate Property the real property In the City or [sic] Laguna Niguel... Also known as... 13-k...." In the divorce, wife claimed the condominium should be confirmed as her separate property even though it was acquired during marriage. Husband argued that the condominium (1) was his separate property because all the money for the down payment on the condominium had come from his bank account and (2) it was acquired during the marriage, so it was presumptively community property despite the language in the ITGD. The truth came out in court and the money for the down payment came from wife's father who, for cultural reasons, channeled the funds through husband's account. While the trial court agreed with husband that it was a community property asset, on appeal, the Court of Appeal for the Fourth Appellate District disagreed for the following reasons. The ITGD (1) used the word "grant," (2) used the heading "interspousal❞ denoting a spouse to spouse transaction, (3) used the term "transfer grant" denoting whoever was doing the granting was actually transferring something out of that person's estate, and (4) unequivocally stated the transfer was to make the property wife's as her sole and separate property. Also, ITGD's are title documents that expressly transfer spousal interests. For these reasons, the Court of Appeal found the ITGD met the California Family Code section 852's transmutation requirements, meaning, this condominium was wife's separate property and not subject to division pursuant to California community property laws.

Before people get really upset if they have engaged in this type of conduct with a deed, California family law does have some exceptions to such a situation and loss of community property interest such as undue influence. But, the bottom line is, before people start engaging in any activity with deeds before and after marriage it is best to talk with a California family law attorney and make sure that what they are attempting to do is what they intend to do in the instance of a divorce. This material is provided for educational purposes only. Providing this information does not establish an attorney/client relationship. None of the information contained in this blog should be acted upon without first consulting with an attorney. Should you have questions about the content of this blog, please arrange to discuss via a consultation.