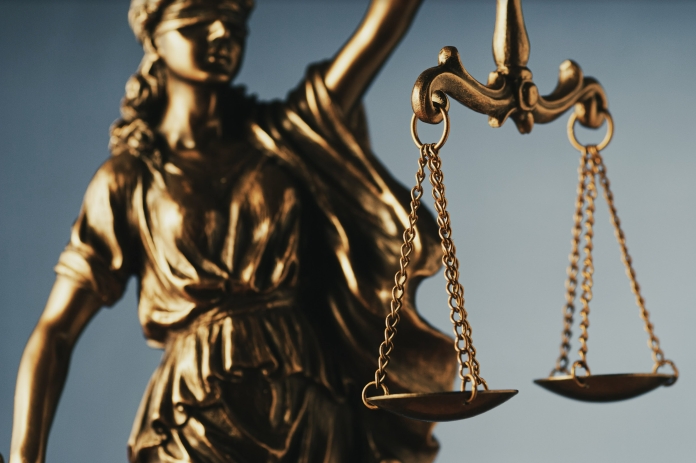 So often I tell people what area of law I practice, and I am met with rolled eyes, groans or comments such as family law is “just forms.” In my opinion, family law is the most difficult area of law to practice because it encompasses all areas; and, it is certainly more than “just forms.” Here is an example of a case illustrating family law’s complexity and highlighting our right to freedom of speech.

In re Marriage of Candiotti (1995) 34 Cal.App.4th 718 Debra and Thomas, wife and husband, divorced. They had two children together. The court retained jurisdiction over custody and visitation issues. Thomas married his present wife, Donna. Donnato her supreme pleasure, I am sure, was joined as a party to the action so that certain restraining orders would be applicable to her. A year or so later, the parties stipulated in lieu of a hearing to the children’s Christmas vacation schedule and to certain practices to be followed when driving with the children.

Debra noticed Donna’s deposition and requested a number of documents pertaining to her personal information, driving records and criminal history. Donna’s counsel sought a protective order regarding the discovery demand.The trial court then issued a temporary protective order directing Debra not to disseminate information regarding Donna’s past driving record and other defined personal history to anyone besides certain individuals. (Candiotti, supra, 34 Cal.App.4th at p.720.)

Here is the Constitutional issue. Debra opposed the order made by the trial court and argued that it violated her First Amendment free speech rights. She further claimed that the order hampered her ability to protect her children, because she was restricted from communicating the subject information to other appropriate parties. Debra further argued, and this is key, that “because some of the information was acquired through outside sources, rather than through the discovery process, the court could not restrict its dissemination.” (Candiotti, supra, 34 Cal.App.4th at p.720.)

Thomas argued that Debra “had no legitimate reason to disseminate the information and that her sole motivation was vindictive.” He also argued that the “court’s concern for protecting the best interests of the children overrode Debra’s free speech rights and that the First Amendment was not designed to protect this type of speech.” (Candiotti, supra, 34 Cal.App.4th at p.721.) Donna argued in support of the temporary protective order, urging that it promoted thbest interests of the children. She also claimed that dissemination of the information violated her privacy rights. (Ibid.)

The trial court explained that its concern for the welfare of the children justified restrictions on Debra’s conduct because “it would be harmful for the children to hear from the ‘rumor mill’ disparaging comments about their stepmother or to be taunted by peers at school.” (Candiotti, supra, 34 Cal.App.4th at p.721.) The court then chastised the parties for their continued fighting and the animosity between Debra and Donna and noted that it had previously admonished the parties to “behave like adults” for the benefit of the children. (Ibid.)

On Appeal, the Court of Appeal first noted that “[d]aily, judges are called upon to intervene when parents pursue their animosity toward each other to the detriment of their children.” It went on to state “[t]rial judges are challenged to navigate between the Scylla of harm to innocent children and the Charybdis of undue government intervention.” (Candiotti, supra, 34 Cal.App.4th at p.722.) While the Court of Appeal noted that the trial court tried to shield the two children from the harmful effects of adult conflict “swirling about them,” the Court of Appeal held that the trial court “ran afoul of constitutional principles.” (Ibid.) Specifically, the order covers two separate kinds of information: (1) that acquired in formal discovery and (2) that independently obtained. The Court of Appeal held that the protective order regarding the information gathered in discovery was proper and the protective order regarding the information that was independently obtained was not proper. ” (Ibid.)

The Court of Appeal relied on Seattle Times Co. v. Rhinehart (1984) 467 U.S. 20 and Coalition Against Police Abuse v. Superior Court (1985) 170 Cal.App.3d 888 to conclude that the part of the protective order restricting the dissemination of information obtained through Debra’s discovery request is a proper restriction; however, the scope of the restriction on material independently obtained violates Debra’s rights under the California Constitution. (Candiotti, supra, 34 Cal.App.4th at p.724.)

Specifically, California Constitution, article 1, section 2, subdivision (a) provides “Every person may freely speak, write and publish his or her sentiments on all subjects, being responsible for the abuse of this right. A law may not restrain or abridge liberty of speech or press.” (Candiotti, supra, 34 Cal.App.4th at p.724.) What you do not see often is the Court of Appeal then cited an over 100-year-old case, Dailey v. Superior Court (1896) 112 Cal.94, 97 where the California Supreme Court explained the breadth of this provision of the Constitution. They cited to Dailey as follows “ The wording of this section is terse and vigorous, and its meaning so plain that construction is not needed. The right of the citizen to freely speak, write, and publish his sentiments is unlimited, but he is responsible at the hands of the law for an abuse of that right. He shall have no censor over him to whom he must apply for permission to speak, write, publish, but he shall be held accountable to the law for what he speaks, what he writes, and what he publishes.”

Protecting freedom of speech is tempered with the importance of protecting a child’s best interests in the family law case as Courts are given broad authority to supervise and promote the welfare of children. The Court of Appeal stated, however:

While a court’s power is broad, it is not plenary. The court may properly issue orders bearing upon parents’ relationships with their children and with each other. But the order here went further, actually impinging on a parent’s right to speak about another adult, outside the presence of the children. Such an order, under these circumstances, constitutes undue prior restraining of speech. It would prevent Debra from talking privately to her family, friends, coworkers, or perfect strangers about her dissatisfaction with her children’s living situation.