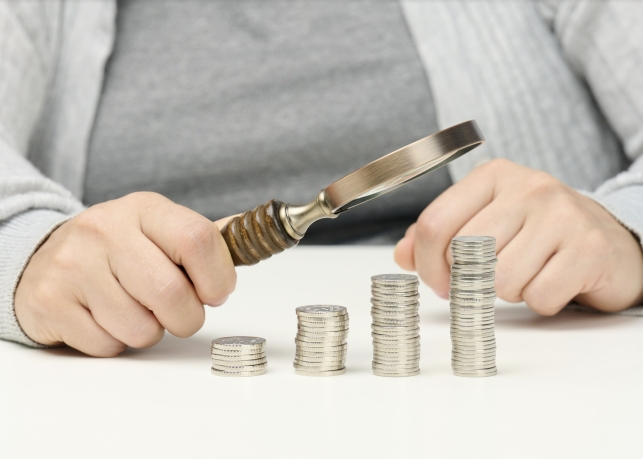 Cryptocurrency is second only to Elon Musk talking about living on Mars when it comes to things I find fascinating. Cryptocurrency is also something that every family law attorney practicing in California should understand because, as we see in In re Marriage of Desouza (2020) 54 Cal.App.5th 25, it could mean big money for our clients.

In a way, I feel bad for Francis DeSouza. Compared to some other breach of fiduciary duty cases, I really do not think he intentionally intended to hurt his wife financially and hide assets. However, the trial court and the Court of Appeal held otherwise. Let’s look at the facts. Dates are super important in understanding what Francis did wrong, so let’s start with a timeline.

January 2013, wife served husband with the Petition for Dissolution of Marriage, which includes the automatic temporary restraining orders prohibiting him from “[t]ransferring, encumbering, hypotheticating, concealing or in any way disposing of any property….”

April 2013 Francis initiated three bitcoin related transactions. (1) $45,000.00 to Mt. Gox Company Ltd. He did not receive any bitcoins, however, or his money back. (2) He authorized his friend to purchase $99,451.00 in bitcoins from Mt. Gox on his behalf. These bitcoins were received and transferred to his digital wallet. (3) Francis authorized his associate to purchase $44,940.00 in bitcoins from Mt. Gox, which he did but the transaction was not completed and the bitcoins remained with Mt. Gox.

December 2013 and August 2014 Francis moved the bitcoins in transaction 2 to his digital wallet. These bitcoins eventually “forked.” Forking is an automatic process that generates dividends from bitcoin holdings in the form of new currency called “bitcoin cash” or “bitcoin gold.” Such a fascinating process.

In April 2013 Mt. Gox was having regulatory difficulties with the U.S. Government, which froze bank accounts and seized millions of dollars. Mt. Gox then lost hundreds of thousands of bitcoins to hacking. At trial, Erica DeSouza’s expert testified that “only an idiot would leave his Bitcoins at Mt. Gox.” (DeSouza, supra, 54 Cal.App.5th at p.29.) In February 2014 Mt. Gox filed for bankrutpcy. By May 2014 Francis knew of the bankruptcy and made no effort to recover the bitcoins in transaction 3. However, a “proof of claim” was eventually filed in bankruptcy. Francis filed his preliminary schedule of assets and debts in 2014 and his final disclosures following thereafter in July 2016. Both schedules disclosed his ownership of the bitcoins.

The case was tried in February 2017 and the Court found the bitcoins in 1 and 2 to be community property and “ordered them to be divided evenly in kind between the parties, along with any derivative cryptocurrency.” (DeSouza, supra, 54 Cal.App.5th at p. 30.) However, this case did not end after trial. Just when Francis and Erica thought they were done and could take a big sigh of relief did Erica try to collect her bitcoins and find out from Francis that the bitcoins were tied up in bankruptcy. Francis also failed to disclose that he used his friend and his associate as proxies to purchase the bitcoins, that bitcoin cash and gold was generated from the bitcoin investments and that he transferred cryptocurrency between digital wallets. (Ibid.) This is all important because as of December 2017 the bitcoins in 3 had appreciated from $45,000.00 to a value of $8,000,000.00.

In January 2018 Erica moved for an emergency order compelling Francis to immediately transfer her full interest in community bitcoins to her and for remedies for his failure to disclose the bitcoin transactions. The Court ordered Francis to transfer half of the bitcoins and associated bitcoin cash and gold he had in his possession. The Court also set the matter for an order to show cause why he should not be ordered to transfer an additional amount of bitcoins and proportional cryptocurrency, to pay Erica’s attorney’s fees and costs as a sanction, and for breach of fiduciary duty. Francis transferred the half of the bitcoins but another four day trial ensued where the trial court ultimately held that he violated the automatic temporary restraining orders by purchasing the bitcoins to begin with without Erica’s knowledge or agreement, hid the use of proxies, failed to inform Erica about the Mt. Gox bankruptcy, failed to file a bankruptcy claim for the funds, and failed to disclose the cryptocurrency generated by forks, among other. (DeSouza, supra, 54 Cal.App.5th at p.31.) The trial court ordered Francis to transfer a certain amount in cash, additional bitcoins along with the corresponding bitcoin gold and bitcoin cash to Erica. Francis was ordered to pay her attorneys’ fees and costs incurred in bringing her motion. Basically, Francis was found to be a very bad boy by the trial court. Francis timely appealed.

The Court of Appeal’s analysis sheds tremendous light on why and how declarations of disclosure should be done. I get questions every so often from potential clients of “how will he know what I have” and “what if I don’t disclose EVERYTHING.” Well, this case answers those questions. Basically, the purpose of your disclosure documents is to put the other spouse in your shoes so he or she can see everything. And, according to DeSouza, everything means everything and not just what you unilaterally choose to show or what you think the other spouse needs to see or deserves to see.

Here is their analysis. Spouses owe each other a fiduciary duty, like business partners. This fiduciary duty continues after separation, including, as stated in California Family Code section 2012 (a)(1), “ the accurate and complete disclosure of all assets and liabilities in which the party has or may have an interest or obligation and all current earnings, accumulations and expenses, including an immediate, full, and accurate update or augmentation to the extent there have been material changes.” The managing spouse must “disclose soon after separation all the property that belongs or might belong to the community, and its value, and then to account for the management of that property, revealing any material changes in the community estate, such as the transfer or loss of assets.” (DeSouza, supra, 54 Cal.App.5th at p. 32.) It does not matter that a non-managing spouse knew nothing and cared less about whatever asset the managing spouse is managing, “[t]his strict transparency both discourages unfair dealing and empowers the non managing spouse to remedy any breach of fiduciary duty by giving that spouse the ‘information concerning the [community’s] business’ needed for the exercise of his or her rights…including the right to pursue a claim for ‘impairment to’ his or her interest in the community estate.” (id. at p. 32-33.)

Let’s explore some of Francis’s arguments, which were shot down by the Court of Appeal. (1) Materiality. Francis argued that his failure to fully inform Erica about the bitcoin investments was not material within the meaning of California Family Code section 1100(e) because “no evidence suggested Erica’s knowledge of this information would have affected her decision-making in the least.” (DeSouza, supra, 54 Cal.App.5th at p. 34.) The Court of Appeal found that the trial court’s contrary finding was supported by substantial evidence and lays out some great tips for what a practitioner should do if he or she has a client in Erica’s position. Francis argued that because Erica took no interest in the couple’s finances during or after the marriage, she would not have done anything to protect her interest in the bitcoin investments had he informed her about them. This argument fell on deaf ears as “[a] spouse who may be reliant on and trusting of the other during marriage, may well exercise independent judgment and rely on new advisors after separation.” (Ibid.) Francis tried to argue that his failure to disclose his initial purchase of the bitcoins is immaterial because “the court did not base its Family Code section 1101, subdivision (g) award on a finding that Francis had breached his fiduciary duty by failing to disclose his investment to Erica beforehand.” (id. at p.35.) This trial court did make the finding that Francis “breached his fiduciary duties to [Erica] when he purchased the bitcoins in 2013….” (Ibid.) He also did not prevail on his argument that he should not be faulted for failing to disclose the Mt. Gox bankruptcy. He testified that he was unaware that some of the bitcoins where caught up in bankruptcy until 2017, however, the trial court made credibility findings that due to his social connections he knew well before 2017. (2) Impairment. Francis tried to argue that even if he failed to disclose material information, his disclosure caused no impairment to Erica, which is an interesting argument given how much some of the bitcoins appreciated. But, the Court of Appeal held that “the financial success of one undisclosed investment does not erase the harm to the community estate, and Erica, occasioned by a separate undisclosed transaction.” (id. at p.36.) Francis tried one last argument, “that his nondisclosure did not cause the bankruptcy and resulting devaluation of the Khalid bitcoins,” but this argument rests on his argument that the non disclosures were immaterial. (Ibid.) His nondisclosures were material according to the trial court and the Court of Appeal.

What do we learn from this case other than bitcoins can “fork,” and one should file a proof of claim in bankruptcy? Disclosure documents must be taken seriously. They must be updated and transactions must be transparent or, if you get caught, and you will likely get caught, you may end up losing your assets in addition to paying your ex’s attorney’s fees and costs to prove the failure to disclose.