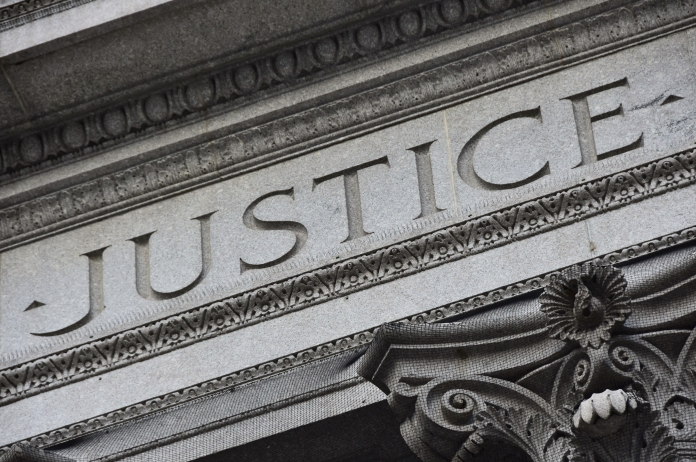 I present In re Marriage of Rosen (2002) 130 Cal.App.4th 808. In this gem of a case, we get a nice understanding of the significance of the goodwill value in business valuations.

Bruce and Pat Rosen were married for 12 years. Bruce was a self-employed attorney and Pat was a homemaker. Somehow, Bruce was able to get paid by the State of California to work from home on Criminal Appeals. In 1996, our tax dollars paid him $65 an hour and $75 if the underlying crime was murder in any degree. Bruce reported an average monthly gross income of $13, 361.24 during the last year of marriage and $11,232,88 per month post separation. For the 12 months leading to trial, his average gross monthly income was $8,771, 73. The trial court determined his law practice to be worth $60,500, of which the court determined $42,000 to constitute goodwill under an "excess earnings" calculation. (Rosen, supra, 130 Cal.App.4th at p.817) This is key to understanding goodwill in this context: "the trial court found: Bruce has one secretary that he pays $10.00 per hour. His business has an average cash flow of $162,000.00 per year and he could hire an attorney to do his activity for approximately $100,000.00 per year. There is approximately $42,000.00 per year in 'excess earnings' for his business. This court finds that the community value in his business is $60,500.00." (Ibid.) Bruce argued that his law practice had no goodwill value and the trial court's determination of goodwill resulted from a misapplication of the excess earnings method for calculating goodwill and the Court of Appeal agreed.

First, "in determining the value of a law practice or interest therein, the trial court should determine the existence and value of...goodwill of the practitioner in his law business as a going concern." (Rosen, supra, 130 Cal.App.4th at p.817) Further, "(a) law practice's goodwill is an asset that must be valued and factored into the community property division." {Id. at p.818.) Capitalization of excess earnings is one method that may be used for determining the existence or value of a law practice's goodwill. (Ibid.) The "excess earnings" method focuses on the earning power of the business to determine what rate of return the predicted earnings will yield in light of the risks involved to attain them. (Ibid.)

The excess earnings method was explained as follows, and I love this explanation, so much so that I wrote this blog post: "one first determines a practitioner's average annual net earnings (before Income taxes) by reference to any period that seems reasonably illustrative of the current rate of earnings. One then determines the annual salary of a typical salaried employee who has had experience commensurate with the spouse who Is the sole practitioner or sole owner/employee. Next, one deducts from the average net pretax earnings of the business or practice a 'fair return' on the net tangible assets used by the business. Then, one determines the 'excess earnings' by subtracting the annual salary of the average salaried person from the average net pretax earnings of the business or practice remaining after deducting a fair return on tangible assets. Finally, one capitalizes the excess earnings over a period of years by multiplying It by a factor equal to a specific period of years, discounted to reflect present value of the excess earnings over that period. The period varies according to factors such as the type of business, its stability, and Its earnings trend." (Rosen, supra, 130 Cal.App.4th at p.818.)

As a caveat, Rosen points out that the excess earnings method is not the only measure of goodwill value. Rosen states that goodwill value may be measured by any legitimate method of evaluation that measures its present value by taking into account some past results so long as the evidence legitimately establishes value. {Rosen, supra, 130 Cal.App.4th at p.818.)

Now, we apply the law to the facts and see the error. I think this is an excellent set up for cross-examination for future cases as well. To calculate goodwill using an excess earnings approach, Pat's expert started with Bruce's 1995 net income of $139,610 and then added back depreciation of $4,369 to reach a subtotal of $143,979. Pat's expert next subtracted a return on net worth of $1,850, which was calculated by applying a return rate of 10 percent to net worth of $18,500 {the amount assigned to owner's equity). The expert then subtracted $100,000, which, and this is important, "in his opinion, would be 'reasonable compensation' for someone doing Bruce's work." (Rosen, supra, 130 Cal.App.4th at p.819.) The expert finally applied a capitalization rate of 1 to the remainder to reach a goodwill value of $42,000 and the trial court accepted that figure. On appeal, Bruce argued "{1) Pat's expert failed to use an average of Bruce's net income, and (2) Pat's expert failed to use the 'annual salary of the average salaried person."' (Id. at p.819.)

-solely to inflate the value of goodwill." (Ibid.)

Pat's expert tried to argue that their analysis was justified because "Bruce's annual income for the years 1988 through August 1996 was $162,270.25 per year." But, this was Bruce's average gross income for those years; the excess earnings method requires use of net income. See, gross income versus net income. (Rosen, supra, 130 Cal.App.4th at p.820.)

Pat argued that Bruce never offered his own expert to rebut her expert's conclusions. The Court of Appeal stated, "The fact the expert's testimony was not contradicted by other expert testimony does not make it conclusive on the trial court or on us.'' (Rosen, supra, 130 Cal.App.4th at p.820.) The Court of Appeal quoted Bob Dylan on this point "You don't need a weatherman to know which way the wind blows." The Court of Appeal added "[p]icking one year's net income, where income rises or falls from year to year, is not a reasonable basis for determining value." (Ibid.)

Again, Pat's expert tried to argue that the trial court was not bound to use any particular time period over which to average income for calculating goodwill. However, this argument failed because "Bruce's net income for 1995 alone is not illustrative of Bruce's rate of earnings in light of the fluctuations in Bruce's income." (Rosen, supra, 130 Cal.App.4th at p.821.)

Two final key takeaways, "Pat suggests the trial court's determination of goodwill value must stand, regardless of any flaws in the expert's testimony .... because courts are not limited to any one method of measuring its value." However, the Court of Appeal stated "courts are not limited to using the excess earnings method to measure goodwill....(b)ut, the evidence must be such as legitimately establishes value." (Rosen, supra, 130 Cal.App.4th at p.821.) Further, "[t)he excess earnings analysis of Pat's expert did not legitimately establish value under the excess earnings method, and he did not opine on value under any other method." {Ibid.) On remand, the trial court was to assign a goodwill value of zero to Bruce's law practice in the final distribution.

I am keeping this case handy on my desk for a reminder of the purpose of good cross-examination and, even better, to help my experts prepare bullet proof reports.