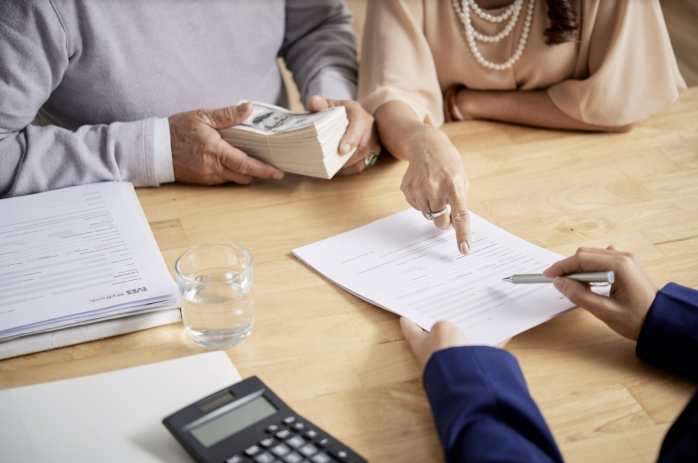 In re Marriage of G.C. and R.W. (2018) 23 Cal.App.5th 1, certified for partial publication, really challenges your cerebral cortex and highlights the complexity of modern-day divorce cases. Its also begs for a timeline, and a map:

2002 – husband and husband purchase a residence together in New Jersey.

2004 – they enter into a New Jersey domestic partnership.

2011 – they purchase a home in California and move to California.

Second question, who gets what in the division of the California house? While the trial court got the domestic partnership ruling right, the appellate did not uphold its ruling on the division of this house. But, in all fairness, I like the trial court’s analysis of the issue. The trial court was correct in ruling that the marital residence was community property because it was acquired during marriage by the parties as joint tenants. (G.C. and R.W., supra, 23 Cal.App.5th at p. 19.) Where things began to go south was in the trial court’s analysis of the separate property interest. Again, another break-down, literally and figuratively (depending on which side you are on), is in order:

The parties purchased the California property for $395,000.

W. contributed $23, 028 in separate property funds toward the down payment.

2012 the parties refinanced, the mortgage on the marital residence was placed in G.C’s name, but title remained joint.

The trial court concluded that “the parties had separate property interests in the appreciation in the value of the marital residence, in amounts proportional to their separate property contributions to the down payment.” (G.C. and R.W., supra, 23 Cal.App.5th at p. 6.)This was the wrong conclusion because the trial court found that the parties acquired the property as joint tenants during marriage but there was no “evidence in the record of a writing sufficient to rebut the presumption set forth in [family code] section 2581.” Therefore, neither party retained a separate property interest in the residence and the trial court erred in awarding a party an amount that represents the amount of capital appreciation attributable to the separate funds. (id. at p. 23.) The appellate court held, and I must fully cite this because the analysis is so great:

In the absence of a rebuttal of the [family code] section 2581 presumption, the court was required to find that the marital residence was community property. G.C. and R.W. were each entitled to reimbursement pursuant to [family code] section 2640 for their separate property contributions to the acquisition of the residence. However, reimbursement awarded pursuant to section 2640 may not include any amounts attributable to appreciation. Therefore, on remand, the trial court shall divide the value of the appreciation of the marital residence evenly, as a community asset.

So, the trial court included reimbursement for the separate property contributions AND the associated appreciation, and the appellate court said “no,” absent a writing to the contrary each party gets only their separate property amount reimbursed pursuant to the California family code. This is in addition to their one-half of the community property interest, so, all was not lost. However, we can see how G.C. might be angry with this ruling as he did not get appreciation on his separate property down payment congruent with this payment. A fair decision? I do not know. One way to prevent this from happening to you is to do pre-divorce planning in the middle of your marriage and execute an agreement modifying the law to your favor; but, what’s the point of being married if you are planning for a divorce? And, would your spouse really sign such a thing? The bottom line, if the facts in your case match the facts in this case you may get your separate property down payment reimbursed and you may share on a 50/50 basis the appreciation in the real property no matter how much you put down relative to your spouse’s contribution.