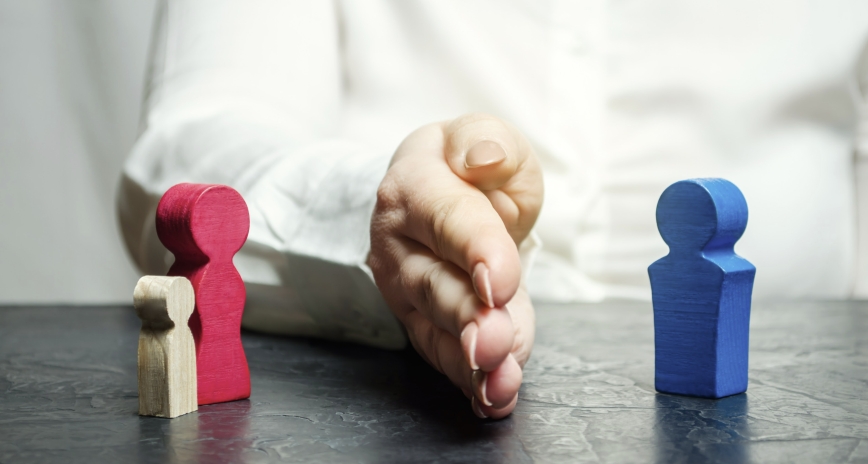 Bitter custody battles and malicious, atrocious and unfounded accusations are common in child custody cases. Declarations are written with spite, malice and outright disregard for the sanctity of preserving and protecting a normal childhood all in an attempt to punish the other parent for wrongs real and imagined. The only people punished by such behavior are the children. But these battles and accusations all set forth in declarations and made a part of the public record are not without consequence beyond what one would normally expect. Parents should take heed before embarking on such a path.

Enter In re H.E.(2008) 169 CA4th 710. In this case, the mother filed a petition for dissolution of marriage on July 2, 2007 in the family law court. Her charges against the father were as follows: violence, drug abuse, neglect and sexual molestation of their daughters. The mother was convinced of sexual molestation because one of the daughters, H.E., got upset when the mother changed her diaper. (i.d. at 712.) Mother was seeking sole legal and physical custody of their daughters with no contact for the father and sought restraining orders against him.

The father agreed to drug testing and repeated testing failed to show drug use. Father denied any abuse or neglect of the children and was cooperating. He did complain that mother was verbally abusive in front of the children, had punched him in the mouth and would “rant and rage in front of the children, upsetting them and him.” (H.E., supra, 169 CA4th at p. 713.) Father even took the children to a violence shelter and the mother alleged that by doing so he was taking them hostage. Mother, in turn, charged that he had hit and beaten her but was “careful not to leave marks” because he had a criminal record. (Ibid.)

“[W]here the parents’ bitter custody battle and accusations had raised concern for the children’s welfare,” the judge in the family law case actually contacted child welfare services, also known as child protective services and referred the case to the dependency court. I repeat, the family law judge, after seeing the accusations between the parties, felt that the case had risen to a child custody investigation by child protective services. This is huge. The referral by the family law judge was, of course, taken seriously. In a report by child protective services, the social worker found “the allegations of physical, sexual, and emotional abuse ‘unfounded,’ but that both parents put the children as risk of emotional abuse by arguing in front of them and waging the ongoing custody battle.”( H.E., supra, 169 CA4th at p. 713.)

The father agreed to voluntary services provided by child protective services. The mother, however, refused services and remained firm in her belief that the father should be charged with sexual and physical abuse of their daughters. ( H.E., supra, 169 CA4th at p. 713.)

A dependency case was opened on the basis of failure to protect and serious emotional damage to the children. The children were detained in foster care. ( H.E., supra, 169 CA4th at p. 713.) Through further investigation by child protective services it was found that “[Mother] has a history of being unable to control her outbursts…whether the children are present or not. She appears to have no insight that it is her actions that may be impacting her children. While she obviously loves and seeks to protect her children, she seems unable to put [their needs] above her own. [H.E.] is an aggressive and defiant toddler, much more so that other children her age. She and [S.E.] have been living through an emotional cauldron, which seems to have gotten worse since the parents’ recent split. [Mother] is trying desperately to protect her children from perceived threats from the father, however [,] because she is so impacted by an as-yet undiagnosed mental disability, she has been unable to interact successfully with service providers. There is hope that she will be able to work with SW Creson, of the Rohnerville Rancheria, and complete a psychological evaluation and comply with any medication prescribed. The father appears to be loving and bonded with his children.” ( H.E., supra, 169 CA4th at pp. 715-716.)

An amended petition was filed in the dependency court, and I quote the allegations in full, all sustained by the court, because I think they are important. Specifically:

Ultimately, the dependency court declared dependency of the children, adopted case plans for reunification for each parent, required each to undergo a psychological evaluation and, most important, retained the children in foster care making “removal findings of danger from return and reasonable efforts.” ( H.E., supra, 169 CA4th at p. 718.)

Mother appealed and the appellate court found that the removal finding was supported, and the judgment was affirmed. What we learn from H.E. is that a family court judge is empowered to refer a case to child protective services for abuse of children – and, in H.E., emotional abuse may be enough of a basis. Further, from this referral, children may end up in foster care.